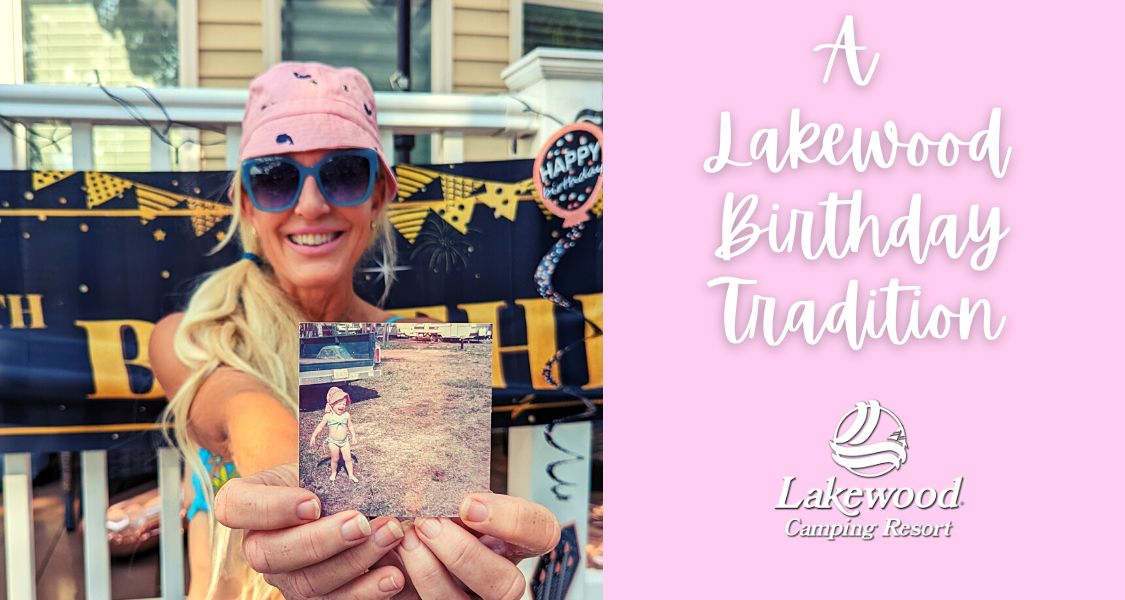 “You can pretty much say I was born into camping at Lakewood. My parents camped here before I was born so I never knew anything different,” Whitlock explained.

Whitlock’s parents, Nathaniel & Barbara Whitlock, started camping at Lakewood Camping Resort in 1967 as newlyweds. The two fell in love with the resort and visited every weekend they could all the way from Bristol, Tennessee.

Lakewood is a happy place for Whitlock and her family. Even as an only child, trips to Lakewood made her feel like she had a big family as she was able to reunite with cousins and her parents’ friends and their children.

Whitlock also recalled making new friends during her summers at the beach.

“We always met other children too and it was so fun comparing stories about where everyone lived.  There was always someone to play with, swim with and ride bikes with. We never wanted to leave. To this day I still don’t want to leave when we are there.”

Whitlock reminisced on spending most of her birthdays at Lakewood over the years. Her birthday money wouldn’t last too long, though, she remembers spending it on souvenirs inside the Trading Post.

She did skip one summer at Lakewood, the summer of her 10th birthday, to go-to Disney.

“I remember telling my parents, ‘this is okay, but I want to go back to Lakewood,” Whitlock explained.

Camping culture is about recharging your internal batteries and reconnecting with the most important parts of life. For Whitlock, her summers at Lakewood helped create special time with her father.

“He didn’t have to worry about work or chores at home. We just had fun and he was always up for any adventure.  He is a big kid himself so he was always swimming with us kids, riding bikes and he would even go down the slide at the pool,” Whitlock recalled. 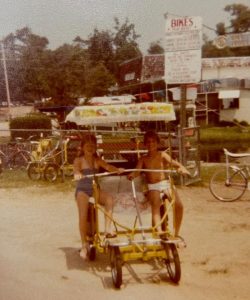 “Especially in today’s world I love seeing all of the families with moms, dad, kids, dogs, cats, etc. being there and having fun. Spending time together. I know how precious those memories are. Seeing families at the beach or cooking out at their campsites.  Hearing the laughter and watching the kids play,” Whitlock said.

While the values and mission of Lakewood remain the same, much has changed since the resort opened in 1959. When Whitlock started camping here, Lakewood was just 14 years into the journey of helping to create valuable family memories.

Whitlock reminds us we didn’t always have an online booking system or reservations line to help you plan your stay.

“Back then you arrived and went into the main office and picked a spot off of a map at the front desk with the help of Lakewood staff,” Whitlock explained.

While her parents worked to secure their site, she and her cousin Michael were anxious to get their vacation started.

“Sometimes if my cousin and I asked nicely, or begged, mom would let Michael and I go on through the gate and head to the beach, then they’d come find us once they had a spot. I remember many times getting in the ocean in my shorts and t-shirt because we couldn’t wait,” Whitlock recalled.

Five decades later, Lakewood Camping Resort’s place along the coastline still calls Whitlock home. She and her husband, Hank, went on to purchase their own unit at Lakewood in 2021. 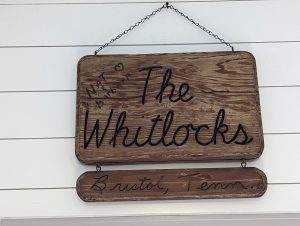 Inside Whitlock’s unit along 11th Street hangs this wooden sign that reads, “The Whitlocks – Bristol, Tennessee.” It’s a sign her parents displayed at their camper during those early trips to Lakewood.

“My parents don’t camp anymore so when we bought our villa dad gave me our wooden sign…it’s one of my most treasured possessions in the villa,” Whitlock explained.

Now, it serves as a constant reminder of how her Lakewood story began and all the memories she made along the way.

“It’s kind of come full circle, because they started camping here before I was born and I spent so many years here, so many birthdays here and now that we have a place it just kind of keeps the tradition going and it’s so wonderful,” Whitlock said.

When asked to describe Lakewood Camping Resort via email, Whitlock’s response illustrated so many of the reason Lakewood is home away from home to so many.

“Lakewood is so much. It’s the newlyweds with their dog playing in the surf. It’s the young couple with their new baby protecting it under an umbrella on the beach. It’s the family with teenagers riding around on the golf carts (or on bikes like we used to do) flirting with each other. Then it’s the couples like me and Hank who always dreamed of having a villa as a child and thinking “wow they must be rich to have a place here” and now owning one myself. It’s really a dream come true.  I feel like my Lakewood story is all of those things.  I am truly blessed,” Whitlock explained. 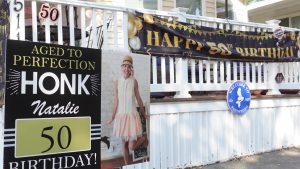 On behalf of the Lakewood Camping Resort team, we wish you the happies of birthdays, Natalie! We’re so glad you’re part of the Lakewood family! If you see  her cruising around Lakewood in her pink golf cart, be sure to wish her happy birthday! 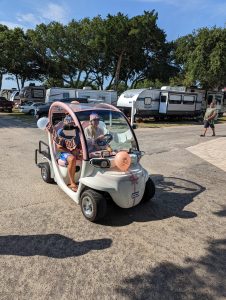