This Way To Fun

Beach Volleyball was first played in 1915 in Waikiki Beach, Hawaii. More than one hundred years later, it is one of the favorite activities here at Lakewood. Nestled right up against the dunes, our two beachfront courts are ready for your passes, spikes, aces, and kills.

Basketball is a home-grown American sport played by more than 250 million people around the world. And frankly, there is no better way to play, than outside and oceanfront! We have two beautiful half courts right on the beach!

Whether you call it cornhole, backyard toss, baggo, bags, corn toss, or hillbilly horseshoes, this game is addicting! There are a lot of different claims about the origin of it, which might account for all the different names. Of course, whatever you like to call it, you’ll enjoy playing on our three manicured courts.

Horseshoes might date back to the second century Greeks, but Bocce dates back even further, to the Egyptians as early as 5000 BC!!! It was later refined by the Roman Empire, and developed into it’s modern day state in Italy. Here in the Americas, Bocce has a rich history as it was brought over by Italian migrants. Today, it is a popular sport with all ages, played on lawns and beaches everywhere. It’s a game made even more fun here at Lakewood with our two beautiful, beachside professional courts!

Disc Golf is a competitive sport growing in popularity and now you can play right here at Lakewood Camping Resort! Not familiar with this one? It’s similar to golf, but instead of using a putter to hit a ball into a hole, you throw a disc into a basket. The sport was formalized in the 1970s. Growing in popularity, the sport currently has a professional association that sanctions competitive events worldwide. Right now, you can find four Disc Golf baskets on Buccaneer Island, located on the north end of the resort near the inlet. A $25 cash security deposit is required to check-out discs. Your cash will be refunded once discs are returned. Guests are also welcome to use their own discs!

Original Shuffleboard is actually played on a shuffleboard table, and originally used coins. It dates back to 15th century England, and often involved gambling in pubs. It was extremely popular during the Civil War here in the states, but really had it’s heyday during the 1950’s and ’60’s. Our version is the very popular Deck Shuffleboard which is a very large “Floor” version and uses Cues to push the weighted disk down the court. Our two regulation, professional courts sit right up against the dunes, and are a favorite game among all of our guests.

There is no better, nor bigger sports venue than The Beach! Surfing, Paddle-Boarding, Boogie-Boarding, Skim-Boarding, Frisbee, Football, Paddle-Ball, Baseball, etc. The list is endless! And our half mile of beach is all the sandy playground you could wish for… 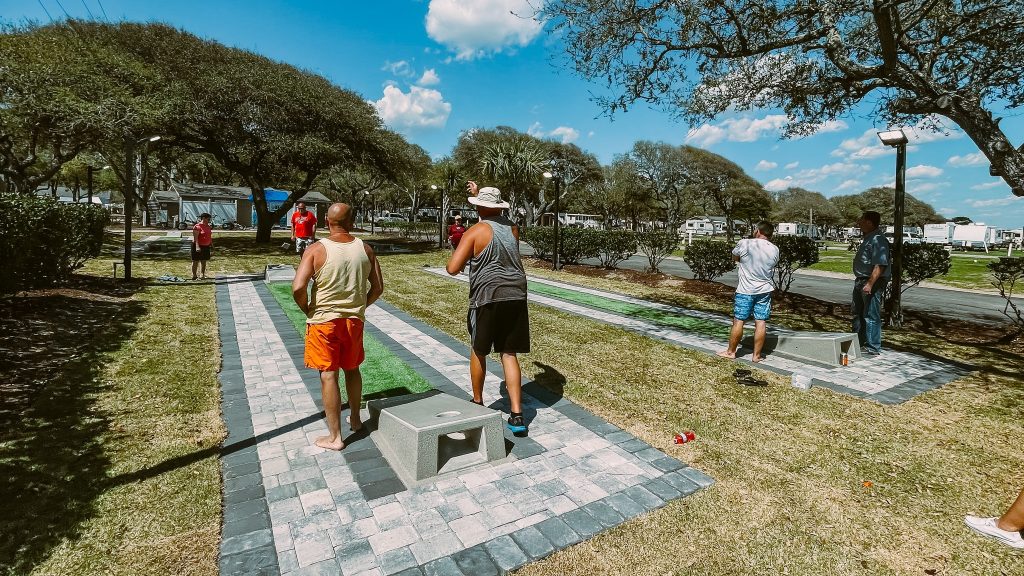 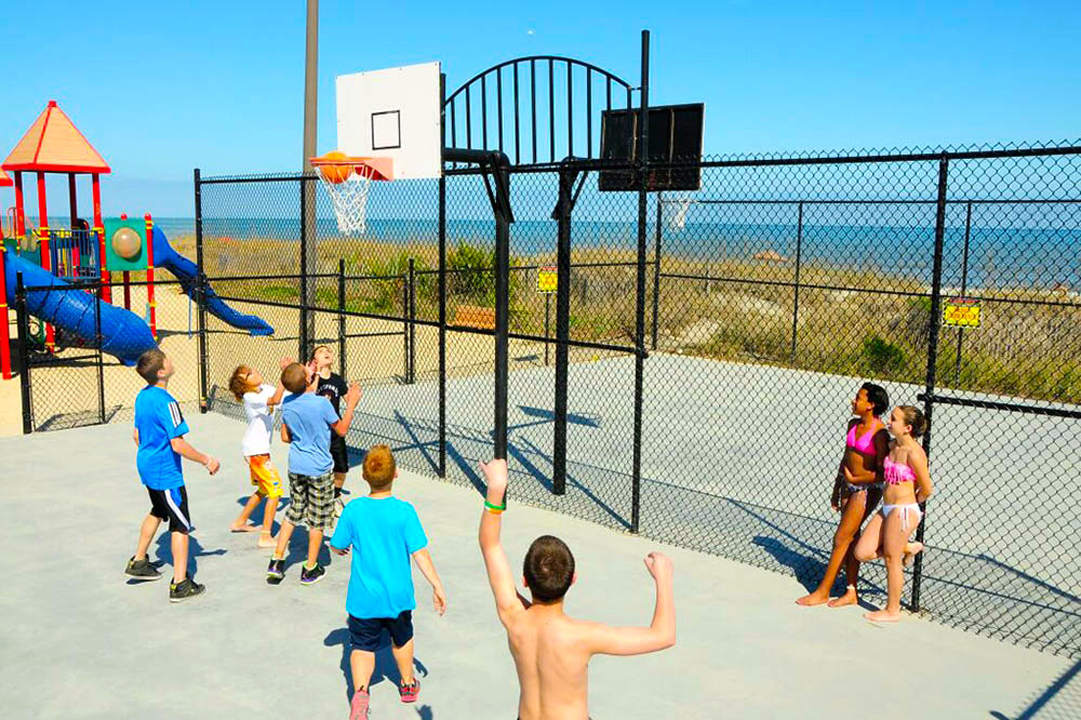 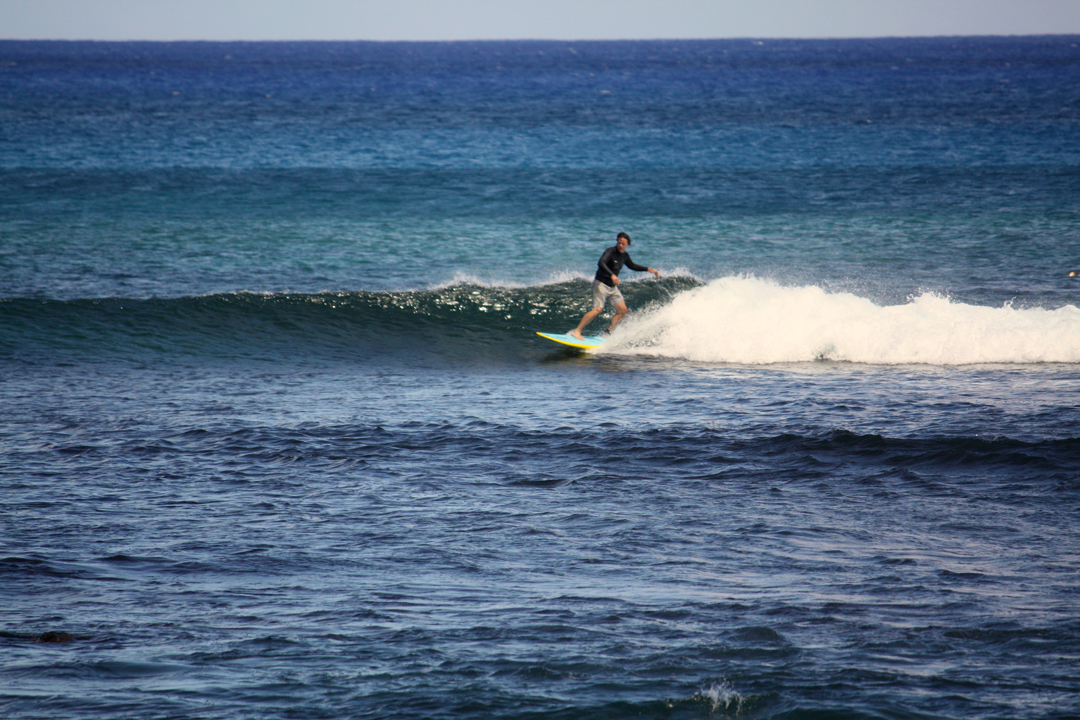 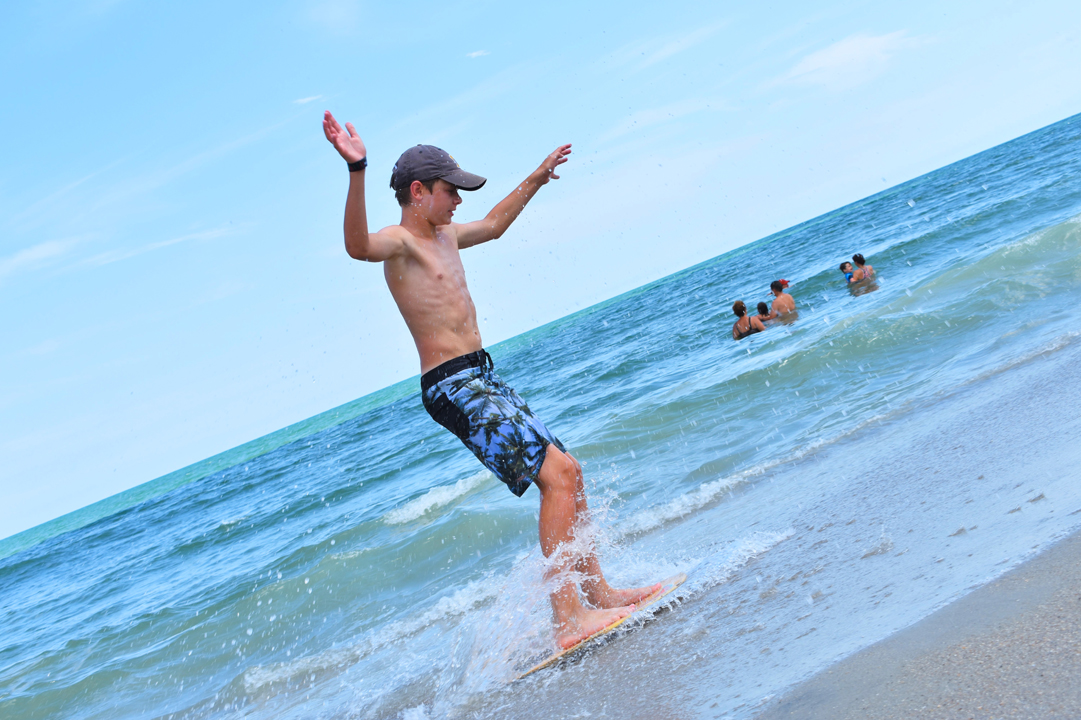 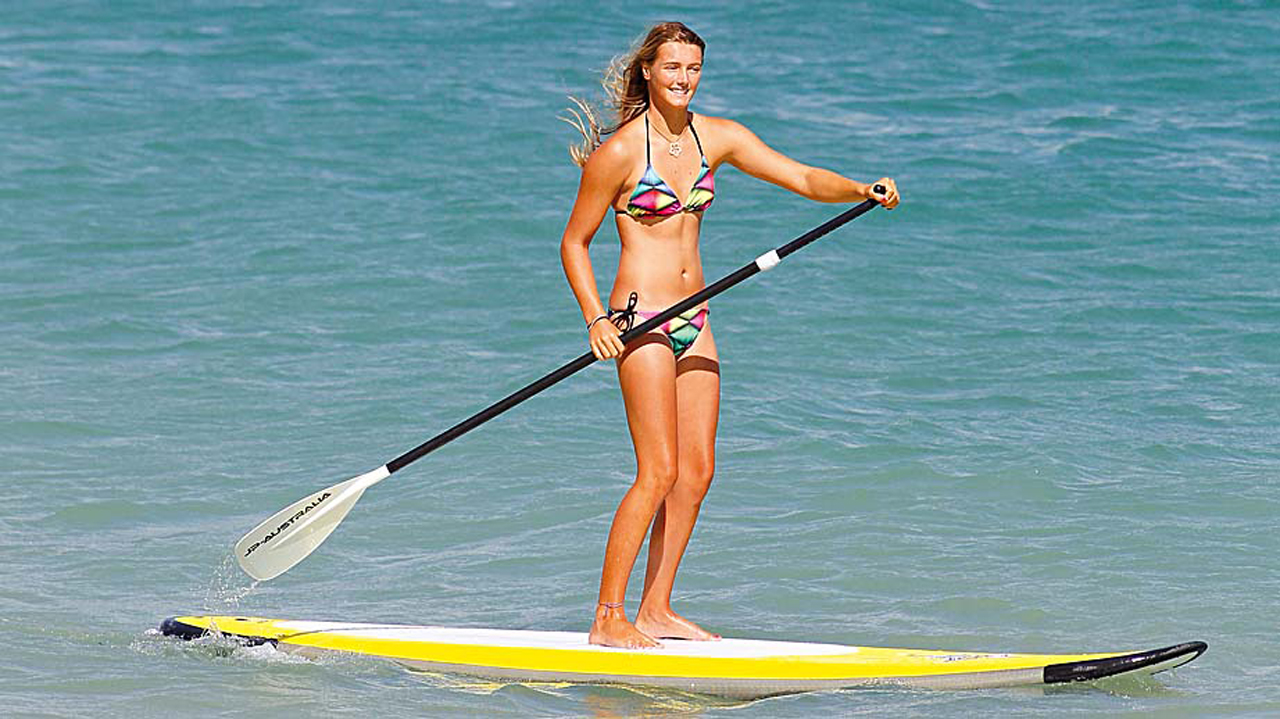 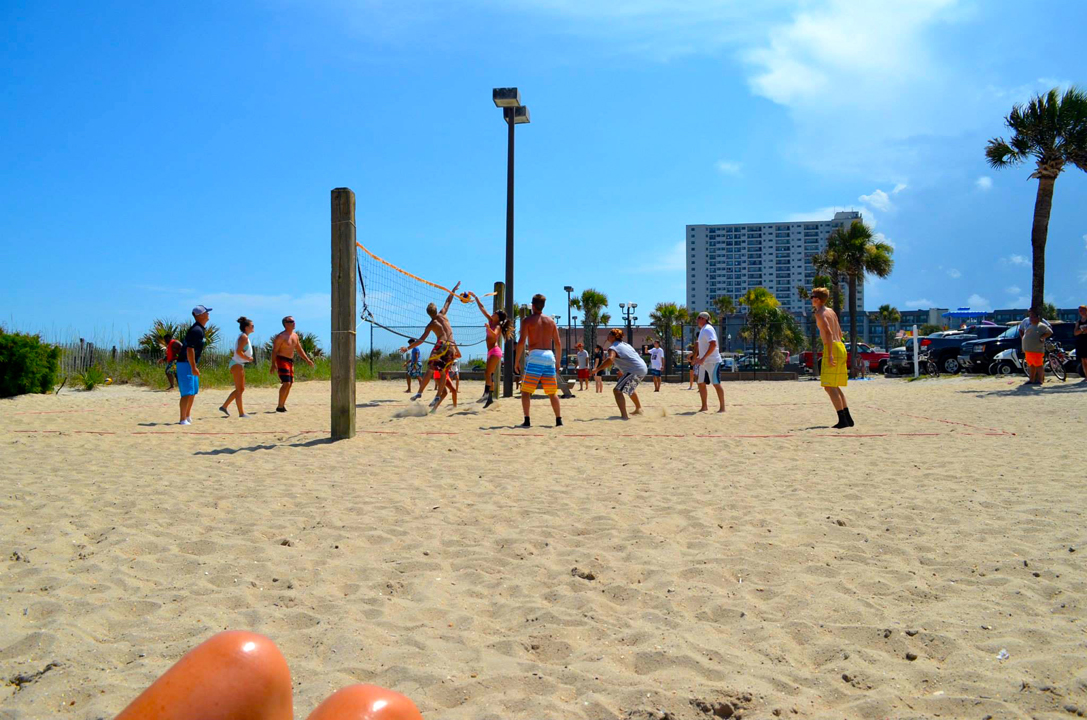 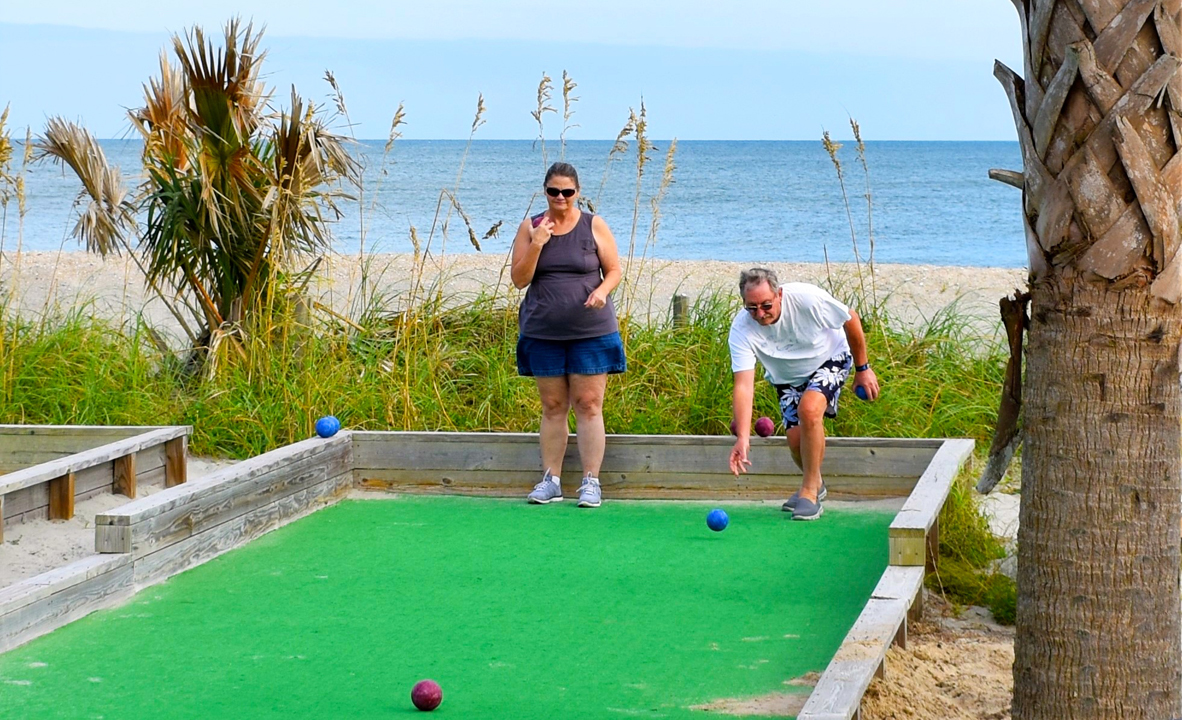 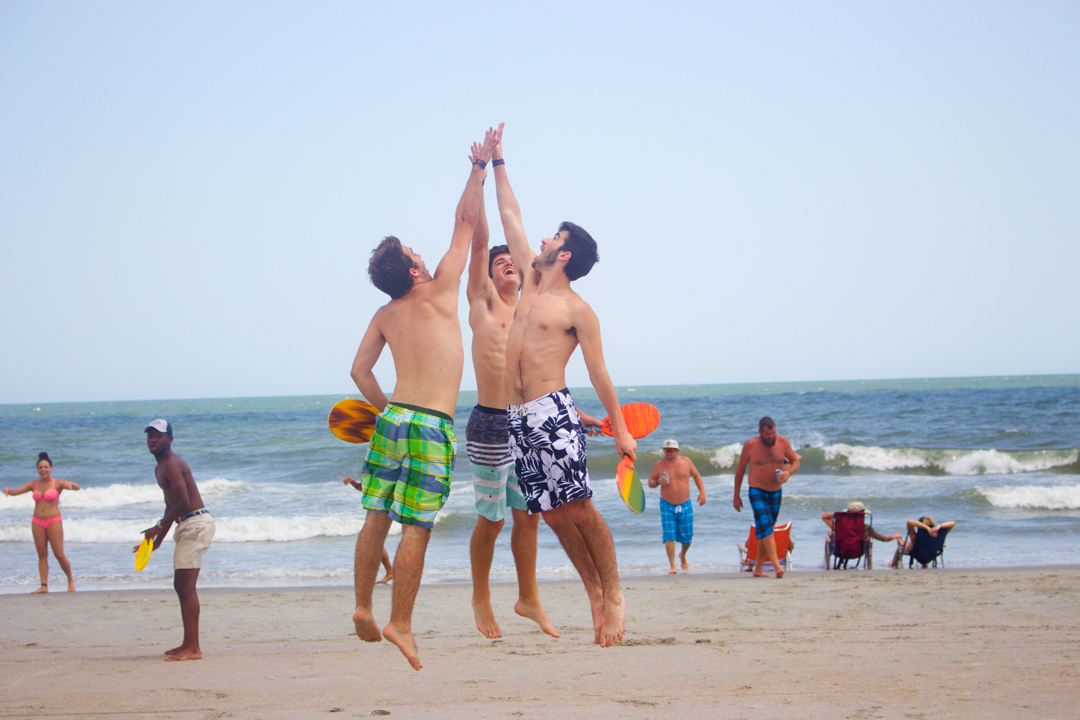 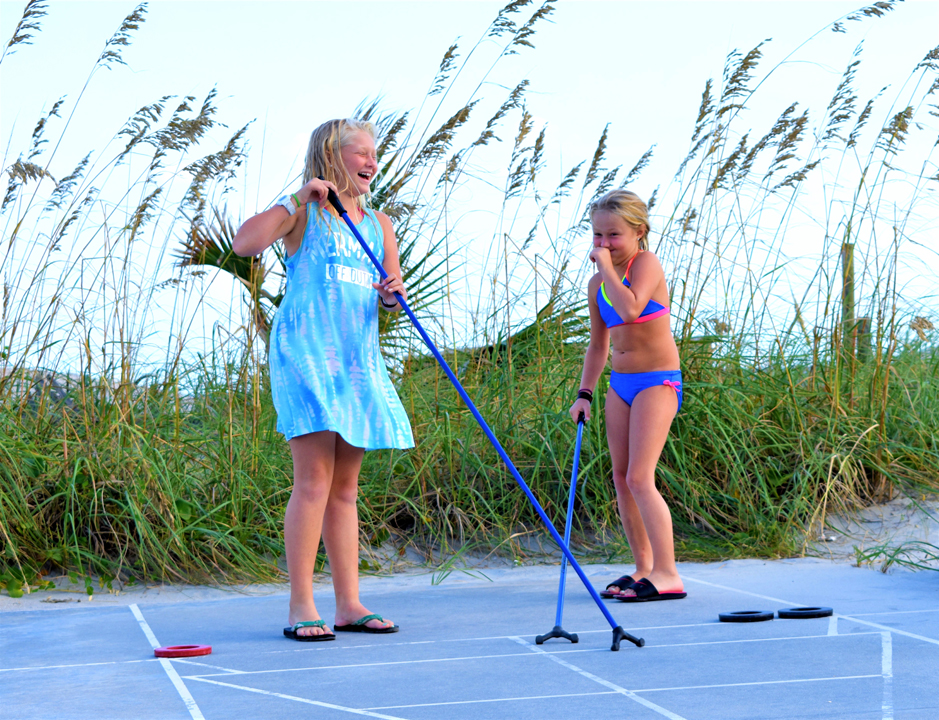 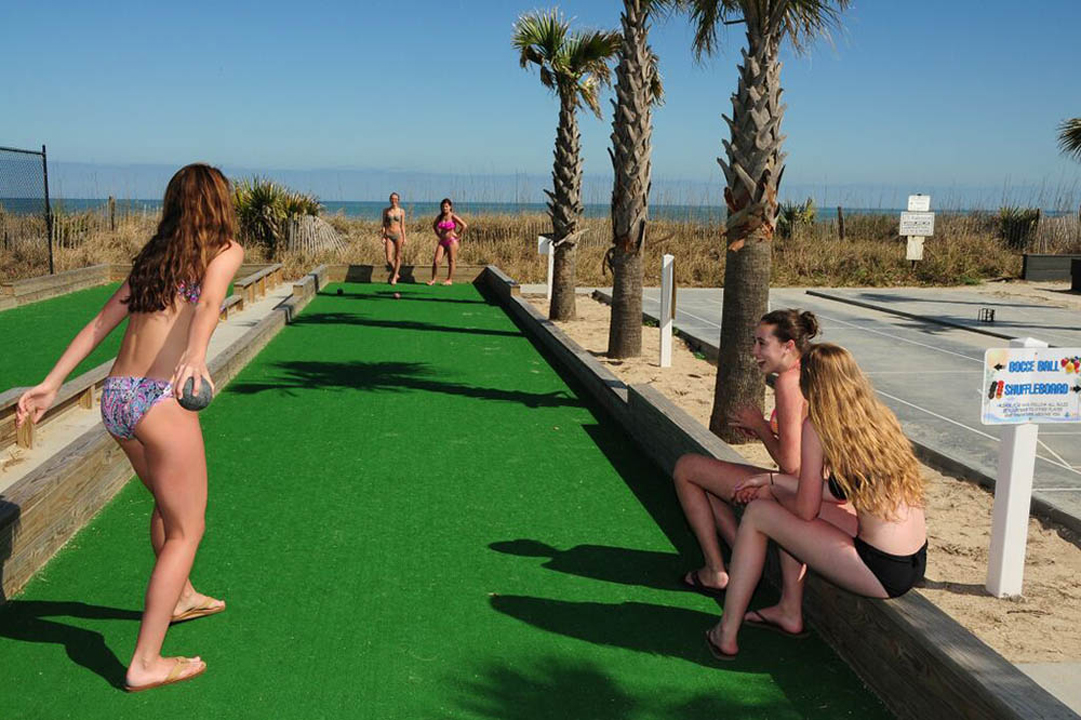 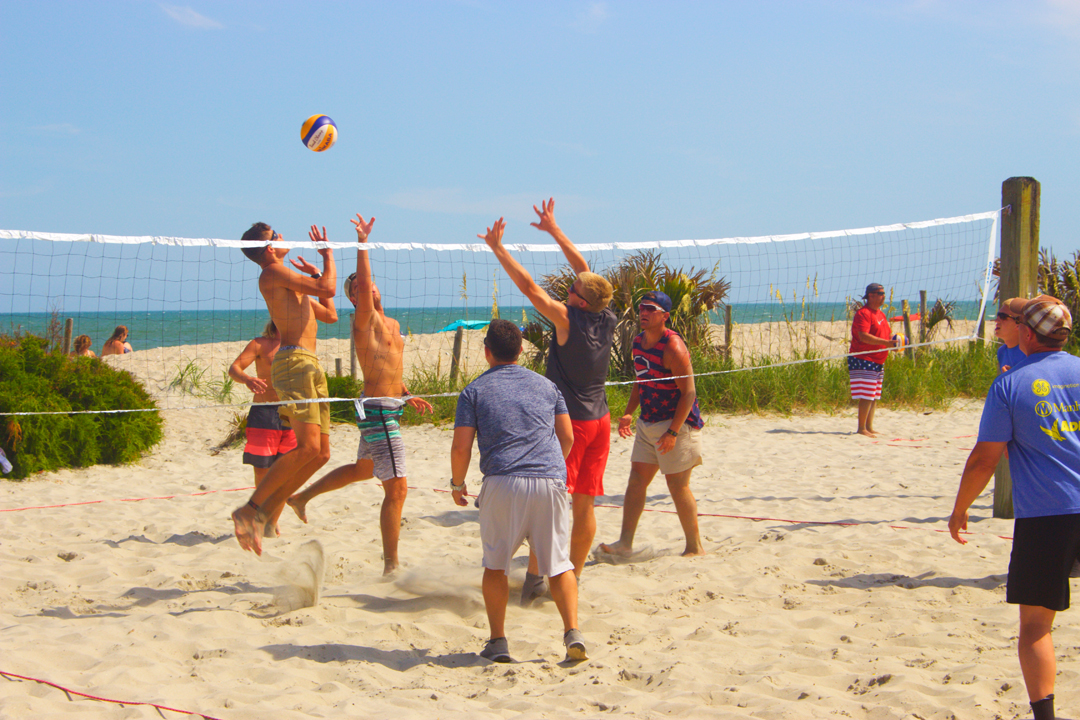 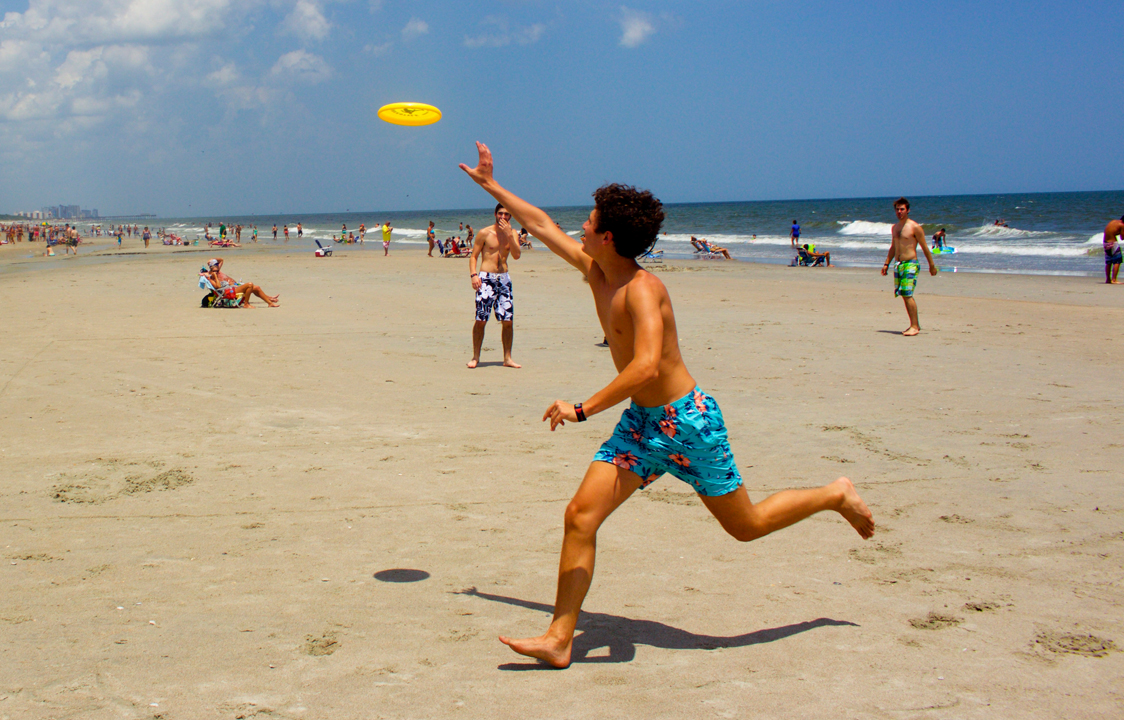 Official Lakewood wristbands are required to use all Lakewood amenities.